The cinder block building at the corner of 29th Avenue and 272nd Street in Aldergrove first served as the local fire hall in 1959 and then in 2002 it become home to the beloved Milseán Shoppe, where Maureen’s world famous “Demerara Butter Crunch” could be found. With Rob & Maureen retiring in 2018, the Township of Langley purchased the site  (in addition to one other) to facilitate the connection of 29th Avenue. However, in order to connect the west side of 29th Avenue to the east side, the building must be torn down. The portion of the lot not used for the road will be sold for future prime real estate as per the Aldergrove Core Area Plan (adopted 2010). However, there is a growing grassroots movement to save the old firehall, but they may have an uphill battle.

The second part of the story is that the Township of Langley sold the old Aldergrove Arena and two other properties to the Willingdon Care Centre Ltd. back in April 2018 for the purposes of developing a senior care facility. The arena site is directly south of the old firehall and the planned 29th Avenue connector will go between the senior care facility and future development.

Link to the :Save the FireHall: Petition

Why does 29th Avenue need to be connected?

While it is certainly easy to demonize the government, there is actually a good reason for the Township’s actions. Keep in mind, the Township of Langley (as with most municipalities) will do what they can to NOT spend money, much less spend good money for a building they are going to tear down.

The first fact to be cognizant of is that this connection has been in the Aldergrove Core Area Plan since its adoption in 2010. This great plan had a LOT of community participation and engagement so this really shouldn’t be any surprise.

29th Avenue on the west side is a Major Collector road (signified by the red line above), ending at 272nd Street, one of Aldergrove’s few Major Arterial roads (the dark blue line). The dotted orange line denotes the proposed network connection. This connection completes the grid network that had been disrupted by a 1970’s cul-de-sac (shown in the Google Map below).

The problem with just doing away with the network connection is that it is a crucial component of one of the most important sections of the Aldergrove Core Area Plan.

Both the fire hall and the arena sites are designated 2.0 FSR medium density in the plan that will allow for up to 5 and 6 storey buildings, respectively. More importantly, the fire hall site (2900 272nd Street) is the transitional site leading to a future 272nd Street mixed use corridor that is central to revitalizing the downtown. Furthermore, the properties on the current 29th Avenue cul-de-sac to the east won’t remain 1970’s built homes.  Instead, these are also designated Medium density 2.0 FSR up to 6 storeys. Putting a collection of 6 storey buildings in a cul-de-sac is a recipe for disaster: imagine all of the cars trying to get in and out during rush hour? By not connecting 29th Avenue to the 272nd Street Major Arterial road, you have to change the entire corridor of future medium density residential zoning. This is why this connector is so important to the Township of Langley and why it was one of only four new street network connections proposed in the Aldergrove Core Area plan.

On a city planning basis, opposing the connection without offering a viable solution is opposing the approved core area plan and smart growth in general. The problem will be compounded because if opponents get their way, the Township will still allow developers to move forward on those massive condo buildings anyway and you’ll end up with the headache we have in many Willoughby neighbourhoods, but likely worse. We need to look at the bigger picture when lobbying for a specific purpose or you could end up with a much larger problem (trust me, I have dozens of examples in Willoughby alone).

Is the fire hall building worth saving?

I hope I’ve properly explained the reasoning behind the 29th Avenue connector and why abolishing it comes with significant ramifications. If opponents, or let’s call them “activists” for a more positive term, can recognize these problems and overcome them with real solutions, they stand a better chance of convincing the decision makers. But before we get there, let’s contemplate on why council should save the firehall inthe first place.

The primary argument behind saving the fire hall has so far been a smart one. Since the building itself isn’t intrinsically special and its age isn’t in the realm of what is usually considered “heritage” in our area, the focus has been on its cultural value:

“The firehall was built primarily through donations of time, materials and money by the volunteer firefighters and the Aldergrove community. The building of the firehall speaks to the nature of Aldergrove and its residents, and as such represents a very important part of the town’s cultural history.” – Tami Quiring on the “Save the Firehall Petition”

Additionally, the “Save the Firehall” campaign has managed to channel the emotional element of the building without even utilizing the attachment that many of us have to the Milsean Shoppe:

“If the old firehall is torn down to make way for a road, it would be like ripping out the heart of Aldergrove, a community made up of people who are known for volunteering, donating and assisting others. The firehall was built on those principals – volunteer labour, donated time, money and materials – all to house the volunteer fire department and the equipment used to respond to fires and other emergencies in the community.” – Tami Quiring on the “Save the Firehall Petition”

If that doesn’t make you feel like a cold-hearted tool for suggesting that the network connector is the only reasonable course of action, I don’t know what will. So let’s concede the opinion that the old firehall with the charming preserved roll up fire hall gates and Milsean’s romantic glass conservatory addition is worth conserving for its cultural-historical value.

The question then becomes “at what cost?” The millions of dollars lost in value to the residents on 29th Avenue? The traffic nightmare that could ensure? The future revitalization of the south side of Fraser Highway? Or is there a solution that can satisfy the principles of the Aldergrove Core Area plan and preserve the old firehall?

I preface the following with the disclosure that I am NOT an engineer and I’m using a very simple graphics program to draw this. I don’t design roads for a living so I really don’t have much of a clue whether or not this will work but I HAVE driven through intersections like the one I am proposing below, so why not throw this out there.

I immediately see the following challenges:

This was my initial solution but, frankly, it just seems like an engineering nightmare. The next solution is something that I also thought about over the holidays and Michael Pratt reminded me about…

Possible Solution #2: The 272A Street Connector

In this solution, 29th Avenue no longer services as a Major Collector, but it does provide an inelegant access for medium density residential and nearby commercial and amenities. It doesn’t quite flow as nicely as connecting 29th Avenue, but it could be a happy compromise. My own personal preference for an additional amendment would be to switch the 4 lots to the west side of the proposed 272A Street to medium density mixed use to match the block, which would allow for a developer a better consolidation of uses.

Possible Solution #3: The 28B Avenue Connector

My third and final possible solution also requires a change to the OCP’s road network plan, which is to forget about 29th Avenue altogether and instead build a new Collector through 28B Avenue. While more elegant than solution #2, I foresee two possible issues. First, this may cause significant additional traffic to the residential zones to the west of 272nd Street and to the east of 273rd Street. Second, this follows a drainage flow path, so construction may require either moving the road to the south or moving the drainage path. Again, I’m not an engineer, so I’m not sure about the logistics of this, but I’m sure this is something staff could look into.

I leave these ideas and challenges to my readers and staff to consider. It could very well be an engineering/safety nightmare and therefore a non-starter. However, if the firehall is worth saving, some real solutions need to be presented, if only for council’s consideration. The one thing I am certain of: if Aldergrove is to grow in a smart way, it needs to avoid the poor road planning found in Willoughby. This is where it starts.

If you’ve ever lost a university paper to a corrupted file, you’ll know how I felt when 6 hours of research and writing during my vacation and WordPress glitched, erasing my article and backups. After much pouting, and since I didn’t care for my conclusion much anyway, I decided against re-writing it at the time.

However, after watching the grassroots movement in Aldergrove gain traction, it really is worth getting the facts straight so that the best solution can be found. Instead of focusing too much on the technical reasoning for a proper road network plan, I hoped to provide some possible solutions, even if far-fetched.

I commend the efforts of Tami Quiring, Brit Gardner, Pam Alzona, Nancy Wrenshall, Michael Pratt and anyone else for their involvement so far. I hope this article serves as a reference for continued solution-based engagement. 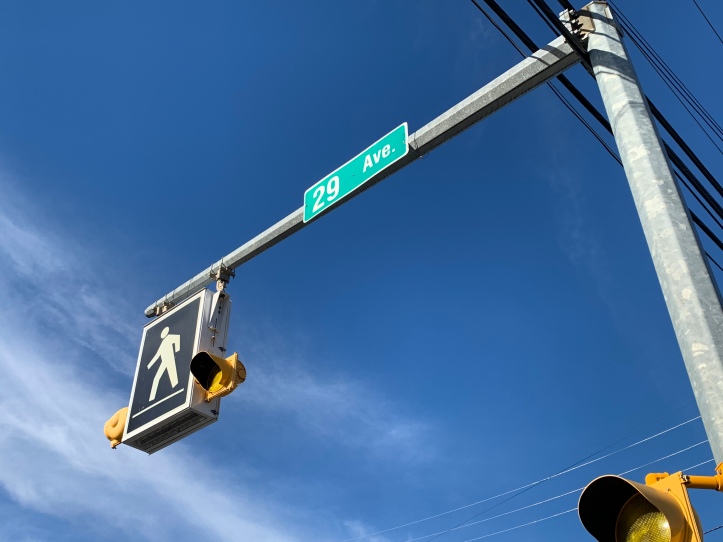